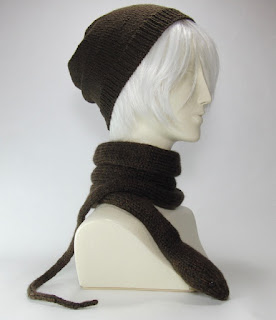 After putting photos of the Oak Snake Scarf on Twitter I was challenged to knit some Australian reptiles. Ashleigh Wolfe is studying two urban animals, Dugites, a common elapid snake, and Bobtails, a slow-moving skink. Check out her Facebook page, Perth's Urban Reptile Ecology, for photos and videos of these reptiles. This post is about the Dugite. Elapidae is the family of venomous snakes that includes cobras and sea snakes. Dugites are a serious snake not to be trifled with, but humans are not their prey animal. They eat mostly other reptiles and mice. I hope having a scarf that looks like one will be useful to Ashley as she studies not only the snakes' behavior but the reactions people have to them. We both understand there are ophidiophobes who can't even handle photos of snakes. I'm going to include some photos of Dugites in this post, but all the way at the end so you will have plenty of warning before you scroll all the way down to them. First will be only knit snakes. Perhaps the photos of knit snakes will help acclimatize you so the real photos won't trigger irrational fear. (Any snake-fearing people who scroll all the way down, let me know if that works so I can start marketing knit snakes to psychiatrists.) 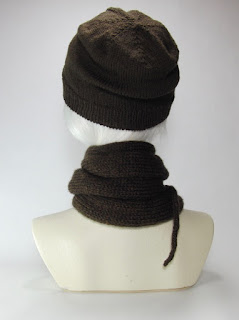 The minute I saw a picture of a Bobtail I knew I could knit that. That will be my next blog post. I thought I could also do a Dugite similar to the white oak snake. I made the tail longer and narrower and the head and neck have a different shape.

Here's a link to the Dugite pattern on Ravelry. The brown stocking cap in these photos is also my design. I'll be writing up that pattern next month.

The oak snake is knit on size 8 needles but to get the long fine tail of the Dugite I started with a size 3 needle and went up a needle size every few inches until I got to size 8 to knit the bulk of the snake. I tried to make the icord style tail section 18% of the body length just like a real Dugite. But I made the whole thing longer than the average 1.5 m Dugite so it would make a good scarf. It's over 2 meters long (7 feet).

The Dugite pattern doesn't decrease as much for the neck. It also has fewer increase rows. The neck is knit on smaller needles than the body to mimic the smaller scales in the neck of the snake. The head scales are much larger though so I went immediately from size 6 to size 8 to knit the head.


The tail of the White Oak Snake is knit all on size 8 needles with just 3 inches of icord at the end. The Dugite has a 12 inch long icord tail starting with 2 stitches on size 3 needles working up to 7 stitches on size 6 needles
After all the knitting was done I did the finishing work on the head of the Dugite. I was trying to make it as much like a Dugite as I could. 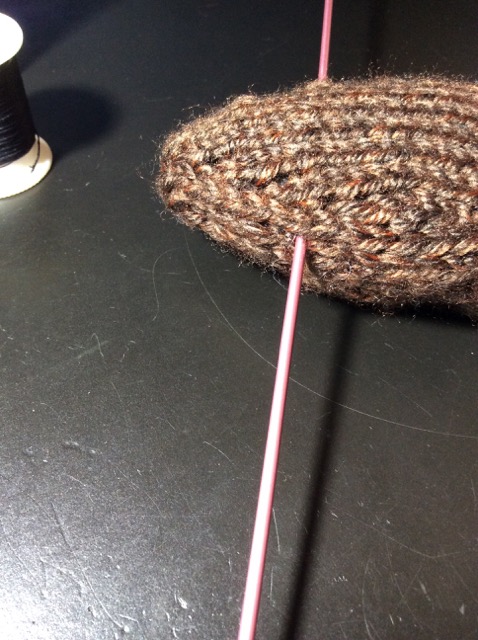 I ordered the eyes for the Dugite online from CR's Crafts. They are 10 mm medium topaz glass eyes, pre-looped. They're $2.46 for a pair.
After finding the right spot for the eyes I ended up pulling the stuffing out of the head so I could get the wire loops through the inner fabric. I sewed the black fleece around the wires before I ran heavy duty thread between the eyes to hold them the right distance apart. This part is admittedly tricky. The safety eyes are a lot easier.

After stuffing the head again the fabric failed to stick out above the eyes like I wanted. I had photos I was trying to match (see the end). I decided to add a sort of leather patch between the fleece and the knit to hold the knit fabric out to make the kind of snake eyebrows a Dugite has. I had some leather from a jacket I had in high school. I kid you not, I have been carrying this leather around for 30 years in my sewing box. 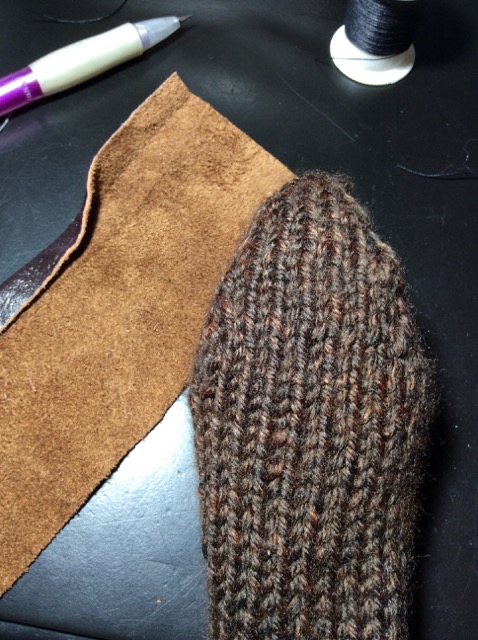 I actually ended up making this again with folded over bits at the sides sewn down to make it extra stiff over the eyes. I forgot to take another photo. I don't feel like pulling it out again. Although I will suggest to Ashley that she pull it out before she washes the scarf.
Here's a PDF of the pattern to download. After that are some more photos and the real snake photos 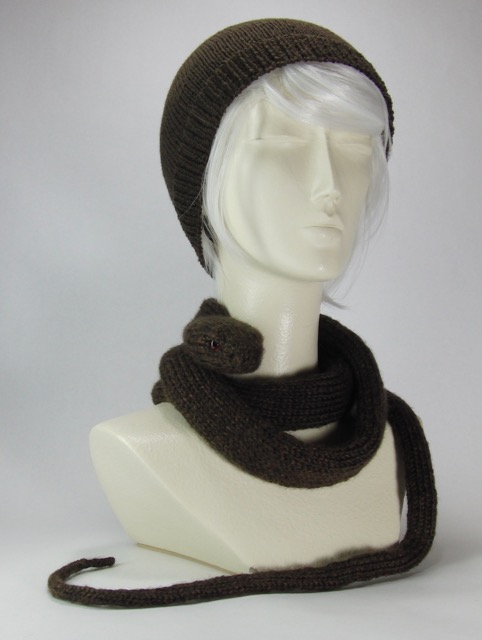 *** TRIGGER WARNING *****
Photos of real snakes coming up. Stop scrolling down if you don't want to see the real thing. 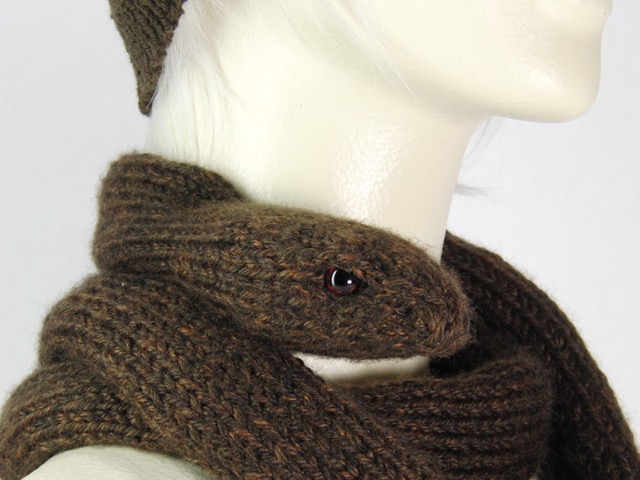 But a knit Dugite scarf goes great with a nice brown handbag.