After I finished knitting pussyhats for the Woman's March I had a lot of hot pink yarn leftover. There's some hot pink sea creatures so I thought I'd knit one. I present the lowly nudibranch. Doesn't bother with camouflage because they taste terrible. Make fish puke. They eat tunicates and integrate some chemical from them into their flesh. 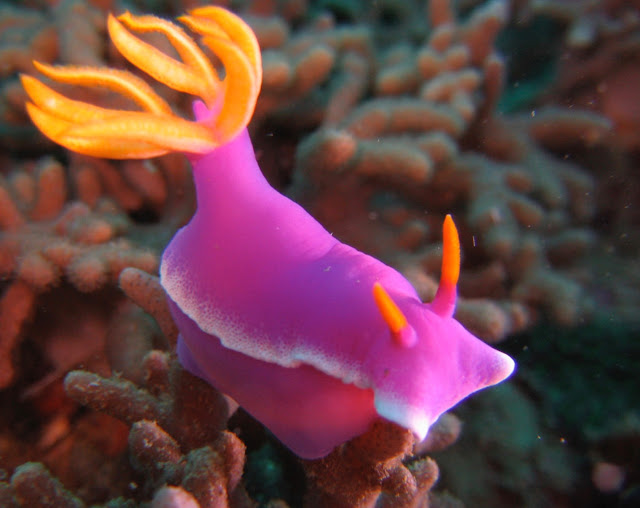 Here's the first nudibranch I knit. I finished it while I was watching the Okeanos Explorer live feed. That's the ship in the background retrieving the Seirios camera sled.

When I put this picture on twitter I was promptly asked if I could knit this exact nudibranch in this photo by David Doubilet, the famous underwater photographer. These nudibranchs are 6 centimeters long so he took a white box down to the reef and posed them like this. 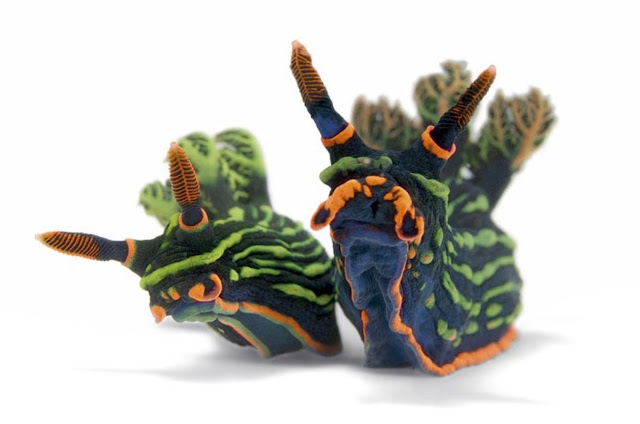 I said I could do it.
She wanted high quality merino wool yarn. I ordered it special from Webs. I am allergic to lanolin but I can knit superwash. I used Cascade 220 Superwash Merino in Dark Teal for the body and a combination of laceweight and roving in neon green for the stripes. I changed my mind on the orange and went with laceweight baby alpaca and silk blend. I started with a Turkish cast on from the gills to the rhinophores and knit it in the round. I had to frog it several times trying to work out how to make the tail so pointy. I finally came up with a good way. I may write it up and make a video. I need to make another one first. Here's more photos of this first one. 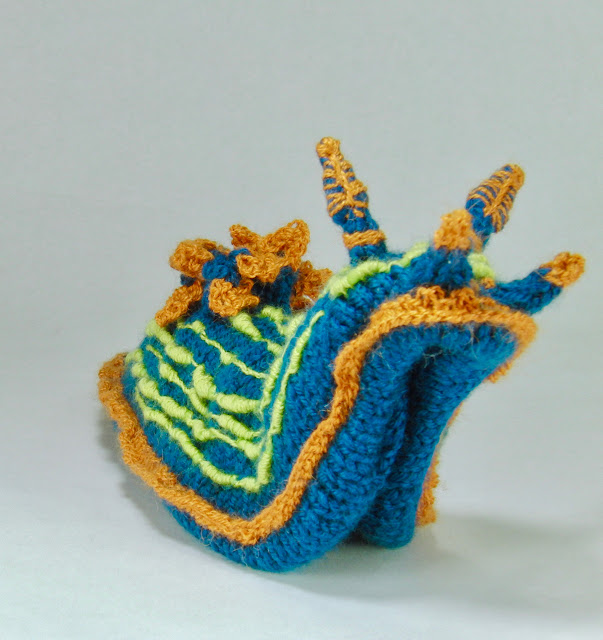 I had a lot of this beautiful yarn left over so I decided to try a hat inspired by the nudibranch. It came out too small for the client who wanted the nudibranch and I forgot to cast on with the blue and then switch to green so the stitches wouldn't show through the 3 needle pickup. And I had my camera settings messed up when I photographed it. 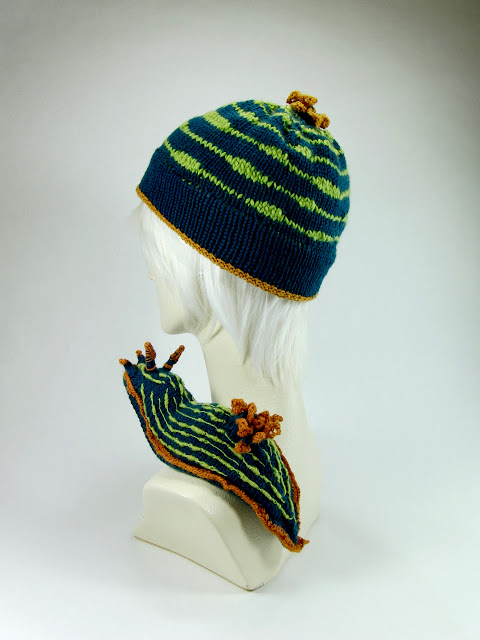 At the last minute when I was about ready to ship the nudibranch I decided it needed a piece of coral to pose on. I used two shades of cream in dishcloth cotton. It was hard knitting but it came out ok. 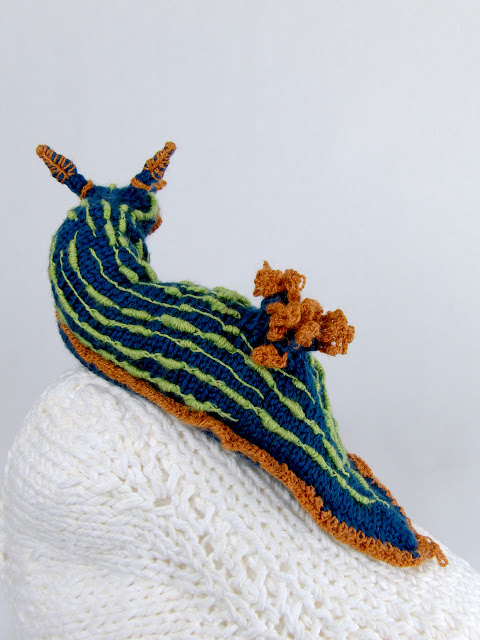 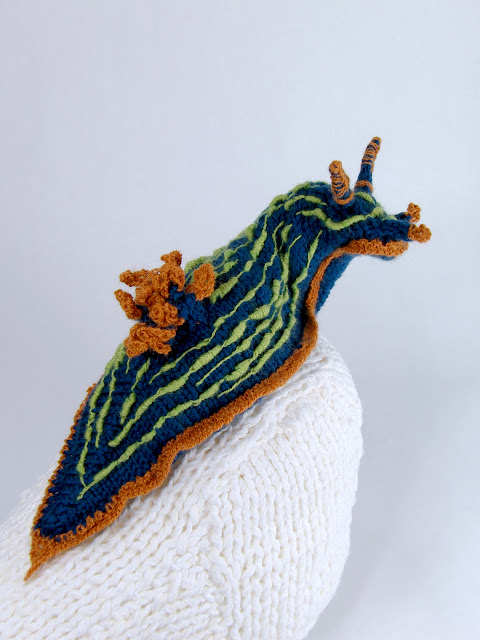 I ordered more yarn to try the nudibranch again. First I had another go at the hat. This one is better. I'm still not happy with the lace I made up for the gills. I like it ending with a plain graft. I am hoping to do some more tests and write up a pattern for this nudibranch beanie for this Fall. I'd love to have feedback from people who live where it's cold enough to wear a wool hat.